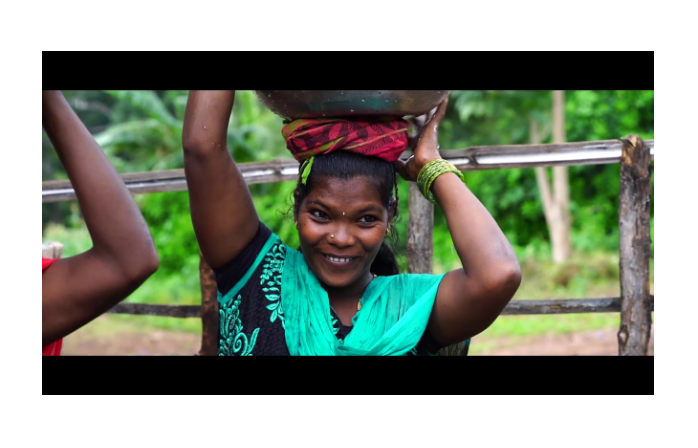 There is a story behind every village. A story of both tribulations and joy. The ones near Narsipatnam, Andhra Pradesh are of no exceptions. Located at the foothills of the Eastern Ghats, these quaint villages have no water problems. The elixir of life flowing down in abundance from the spring located atop a nearby hill. The chuckle of young girls filling their buckets speaks about the long gone days when water was a luxury.

Seendari Kamala, Village Resident says - ‘We faced a lot of hardship earlier. It took us a lot of time to bring water from the spring. We had to go into the forest and come back. We used to fall often. We also had to carry multiple pots and take along our children. We used to make 5-6 trips and it would take us a total of 10-11 hours to bring water.’

Residents of the village have abundant of water today, a dream that came true by the initiative taken by Vikas Jilla Nava Nirmana Samithi with support from Infosys Foundation. They devised gravity-fed water supply system where water from the natural springs be brought down to support the water started villages.

Karthik Chandan, Project Director, VJNNS says - ‘Our program is called ‘NeerArogyam’ which means water and health. It comprises of four components - first is Gravity-fed water supply system (GFWSS), which comprises of source tank where the spring water is captured; then the distribution tank where the water is filtered as well as distributed at street level of each of the villages. The second component of our program is ‘Village Development Committee’. The ‘Village Development Committee’ not only builds the program but is also required for us to maintain the system. The third component includes training on WASH. The fourth component comprises of  operation and maintenance.’

The villagers were relieved that they no longer had to travel through dense forests and walk miles to collect water or drink the same water that was used for washing clothes. With the assistance received from Infosys Foundation, VJNNS was able to dramatically turnaround the quality of life of the people in the villages of Narsipatnam.

Ms. Sudha Murthy, Chairperson , Infosys Foundation says - ‘We chose to work with VJNNS for very particular reasons, number one - they have a very good reputation, second it is not we give money and they buy, do some work. There is the participation of people who are the beneficiaries, so then the partnership between users and the providers, which makes the project better and more sustainable.’

Infosys Foundation supported VJNNS in two phases. In the first phase, VJNNS constructed 133 gravity-fed water supply systems. In Phase 2, the foundation supported VJNNS in 3 components. First component was constructing 38 gravity-fed water supply system, the second component was a bridge fund which was kept aside to fix the systems in the future. The third component was the training programs. Infosys Foundation encouraged VJNNS to build 20 plus animated videos which were used as a tool to go around and spread the training programs to 500 villages catering to at least 60,000 plus people.

Today, as India works towards making water available even to the remotest corners of the country, organisations like the Infosys Foundation lend a helping hand in making this vision a reality.