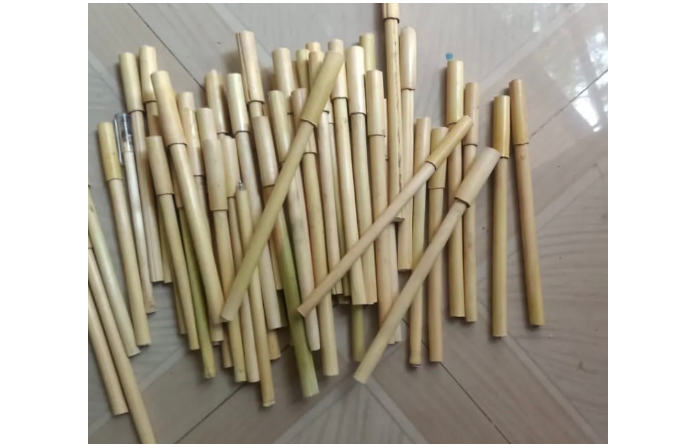 With more and more cities and states passing legislation to ban plastic bags and straws, rarely do we think about the impact of pens. Most of us own too many of them, even if it feels like you can never find one when you need it.

Almost none of those pens are recyclable because they’re made of a combination of different types of plastic, metal, and ink. A large portion of them will end up in landfills. Those who don’t make it to the landfill will eventually become part of the microplastic problem, polluting our oceans and land.

But the tide is beginning to change.

Companies have heard the call for eco-friendly alternatives to the typical plastic rollerball, gel, or ballpoint ink pen. Many have switched to refillable fountain pens to reduce plastic waste because you can refill the ink or replace only the internal ink cartridge.

Even in India, from the state of Telangana change is brewing.

Raju Mupparupu, a well-known innovator from Warangal’s Gopalapuram village has built several low-cost innovations, including sensors for street lights and a battery-operated bicycle.

“In the agricultural fields surrounding my village, several farmers cultivate corn. However, after the harvest, they are left with the corn’s outer husk which they remove before sending it to the market. This husk is usually burned as it is not used for any purpose. So, I wanted to find a solution that would prevent corn husks from burning,” says Raju in an interview.

Remembering a skill that he learned during his school days, he decided to mold the corn husks into cylindrical shaped-holders for pen refills.

Raju, who has made over 200 pens, says, “This would help reduce the plastic waste generated from disposable pens and prevent burning of the corn husk.”

Two weeks ago, Raju went to a corn farm located five kilometers away from his home to bring back a few husks. He picked only a handful and cleaned them using a damp cloth.

Further, he flattened each husk with my hand onto the table. Then, using a cutting machine, he sliced them into rectangular shapes. Elaborating on the technique, he says, using a metal rod as a mold and as a measuring tool, he rolls the husk over it. When the rod is removed, the husk forms a cylindrical shape with two open ends.

The pen refill is inserted through one end and Raju tightens the husk until it grips the refill. Finally, he pinches the other end of the husk to close the gap. To make the cap, Raju rolls a smaller piece of husk into a cylindrical shape and ensures its diameter is larger than the pen to fit over it.

Once he finished making his first pen, he wrote with it and said it felt like writing with a regular pen. Raju spent the next few days making more pens and began distributing them among neighbors and his friends.

“I make the pens myself and it takes me only 10 minutes to finish one piece,” says Raju. When he had got the chance to meet the Warangal Greater Municipal Corporation commissioner, IAS Pamela Satpathy, he gifted her one of the pens made from corn husk.

She not only loved the idea of making pens from corn husks but also was intrigued by his innovative methods. Further, she asked Raju if he could make small changes such as adding higher quality refills. Once he agreed, an order was placed for 1,000 such pens. They were used in the office.

For Rs 10 a piece, Raju has already delivered 100 pens and is working on making the other 900 pieces. He continues to receive more orders after his innovation was also appreciated by the Telangana State Innovation Cell (TSIC) on their official Twitter handle. 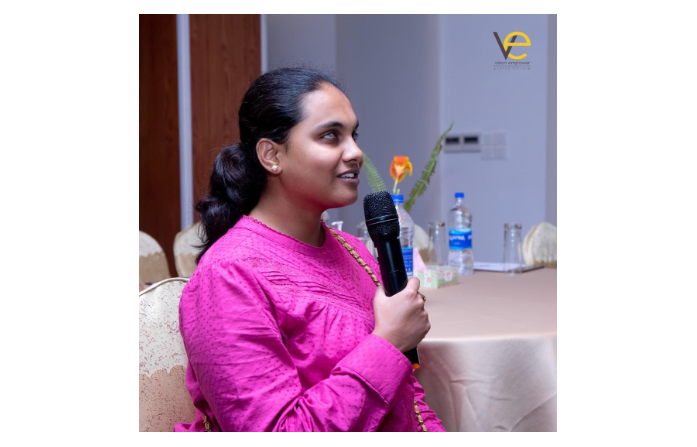 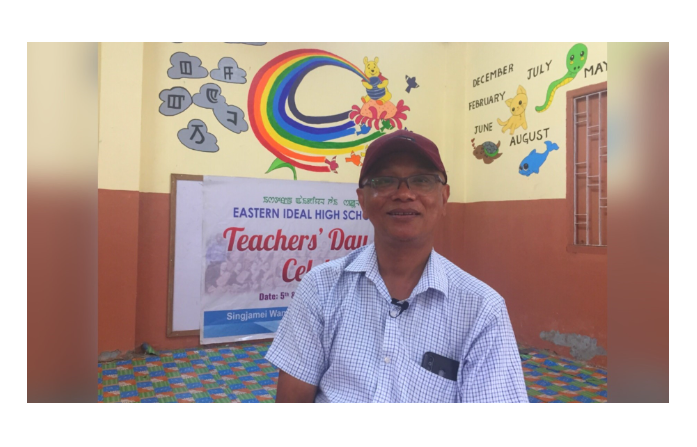