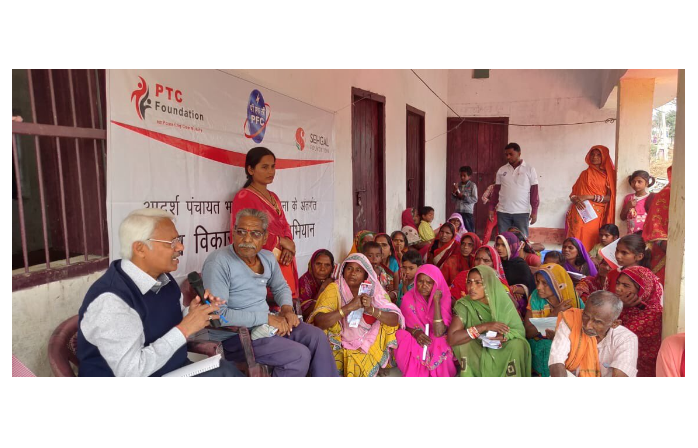 The Muzaffarpur District in Bihar has been identified as an aspirational district by Niti Aayog in 2018. The district requires support in agriculture and water resources, health and nutrition, education, infrastructure and skill development.

PTC Foundation Trust is supporting three projects in Bihar. Project Gram Utthaan aims for a sustainable and inclusive growth across five villages of Muzaffarpur district in Bihar. The project provides holistic solutions to farm families which includes use of solar energy; mechanization of farming practices; balanced nutrition and crop protection; and entrepreneurship for better livelihoods.

The foundation conducted 116 training session, in which 2693 farmers took an active part. The outcome was that  farmers learned new agriculture practices and started applying micronutrients in wheat, maize, paddy, and potato crops. 88 crop demonstration was conducted for  farmers to showcase the importance of mechanisation and improved cultivation practices. Apart from that, 423 buffaloes, cows and goats were treated at Animal Health camps and provided with medicine.

To develop ‘Entrepreneurship among women for better Livelihood,’ 56 goats were provided to eight women as demonstration. These women were trained on health and nutritional needs of the goats. As per the Outcome, eight ‘goat’preneurs are successfully running this enterprise.

To prevent waterborne diseases, the villagers were provided with affordable drinking water solution,’Jal kalp’ which has reduced incidences of health problems in families.

S M Sehgal Foundation is an Indian NGO focused on rural development with its main offices in Gurugram, Haryana