Story of Rejuvenating River Dravyavati in the City of Jaipur 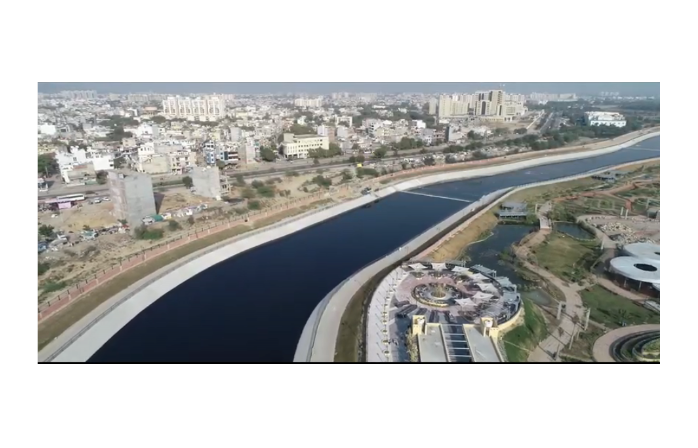 Jaipur – a city inhabited almost 300 years ago was always counted among the most organized and beautiful cities of the world. Residents of the city were mainly dependent on rain as the source of water. People used to gather rainwater in bawdis and other traditional structures. In the northeast of the city, from the hills of Amer- Nahargarh originated a rainwater stream. The stream flowing outside the quilt running through a distance of 47 kilometres merged with river Dhundh.

The city grew rapidly after India’s independence; the development mostly took place towards the west and the south of the city. Within a few years thereafter, the stream started losing its essence and identity and got lost in the daily hustle of the city. Soon it turned into a drain passing through the city.  Around 300 drains from home from home and industries started falling into the stream making it polluted with sewage and waste water. Apart from this, the trash of the city and the industrial waste also started to be thrown in. Farmers residing nearby started to grow vegetables from this contaminated water. Continuous emission of wastewater into the stream started polluting the soil and groundwater. This could prove to be very harmful for the living in Jaipur, eventually.

On orders from Rajasthan Government, the Jaipur Development Authority started working on a huge project in view of seriousness of the situation; the honourable high court also directed the JDA to take necessary action time to time. After two years of intensive study, the largest urban development project was created in Jaipur’s history. This is the first of its kind in the country. In this project cost of Rs. 1600 crore, loan assistance of more than 1000 crore has been received from Government of India’s NCR planning board. This work was entrusted to world renowned Indian company Tata Projects through an open tender.

Drayavati river foundation was laid and the work started in April 2016. The entire route was evacuated by removal of the encroachment in the way of the flow of the river. Filth, debris and sludge were removed in area of more than 40 kms and the land was levelled. Five million employment days created during the construction of the entire project. A part of the river passes through military containment. Here the work progressed with the permission of Indian Army’s south western command.

The main part of this entire project is five large sewage treatment plants. Like any other major city in the world, these plants have the capacity of treating the city’s sewage with the capacity of 170 million litres per day. The sewage of the city will be treated here in the treatment plants. The clean and safe water will then be discharged into the river. Now neither will there be problems of polluted water nor any lack of water in the river. It will also help the groundwater recharge.

A check dam is built on every 300 to 400 meters in 30 kilometres long concrete lining. 4 metres wide groundwater refill points of porous concrete have been made at every check dam. This will allow clear water to go inside the ground.

Along with the city’s well-being, the beauty of the city will also be enhanced. Along the river channel, walking and cycling track have been built. Three beautiful landscape parks have also been built as a part of riverfront development. For the smart city Jaipur, there will be world class facilities like Wi-Fi zones, interactive kiosk, emergency call box system, smart parking and smart bicycle. There is also an arrangement for IP surveillance cameras to keep the entire area safe.

More than 17000 trees have been planted by the riverside developing a greenbelt of five million square metres. Any project of such a large scale has never happened before. The new Jaipur is healthier, cleaner and more beautiful than ever.

Tata Projects is one of the fastest growing and most admired infrastructure companies in India. It has expertise in executing large and complex urban and industrial infrastructure projects.