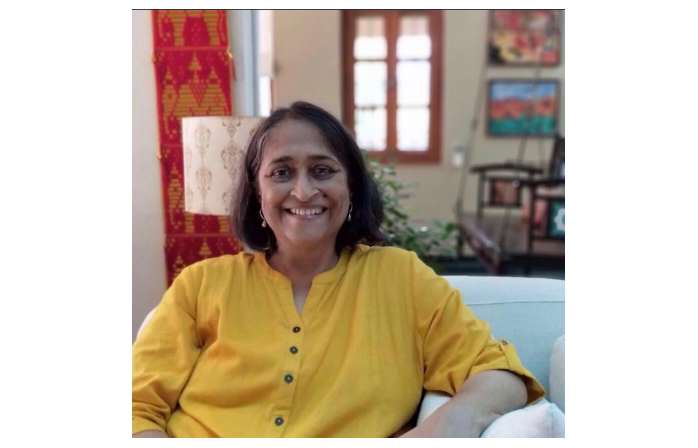 Bengaluru generates around 5000 metric tons of waste every day. Reports suggest that 60% of the waste is wet which includes food waste, vegetable and fruit peels among others. However, most of the waste is not segregated properly at the household level and is mixed with solid waste.

So what can be done to ensure that so much waste is not generated?

This was the same question that Poonam Bir Kasturi, a resident of Bengaluru, asked herself. Instead of waiting to get her answer from someone else, she decided to tackle the wet waste by composting it.

Right from cooking waste, vegetable peels, to meat, everything can be composted. This compost can be further used to regenerate soil to make the land fertile or it can be used in backyards or plant pots as a fertilizer.

Today, she is popularly known as ‘compost-wali’ across the country. Through her social enterprise - Daily Dump, Poonam has impacted several lives, generated over 430 tonnes of compost, and helped to keep several localities across the country clean.

Growing up in Bengaluru, Poonam noticed how urbanization was taking over. More trees were being cut down, more people moved into the city, and lifestyles were changing. This indicated a major civic issue in the future.

In 1984, after completing an industrial design course at the National Institute of Design (NID), Ahmedabad, Poonam went on to work at a small organization for a few years.

Composting is the natural process of recycling organic matter, such as leaves and food scraps, into a valuable fertilizer that can enrich the soil. The chemistry that breaks down the wet matter is equal input of carbon dioxide and oxygen.

Being such a simple process, Poonam wanted to understand why it was hard for people to follow this practice.

First, she spoke to residents and experts to understand why the activity is not popular among people. Some of the conclusions she drew from that were -

People were reluctant to handle their waste with care. Most of them are under the impression that the government must segregate and treat waste.

Composting at home had challenges such as bad odor, growth of flies, and other fear of spillage.

Understanding all the issues, Poonam designed a compost bin – The Stack Composter. In 2006, she officially launched her social enterprise - Daily Dump, headquartered in Bengaluru, and began manufacturing the composters.

The Stack Composter, made of terracotta, fits into a balcony quite easily and is simple to use. It has three compartments and comes with a remix powder. Terracotta being a porous material helps to keep the odor under control and bring in oxygen.

The remix powder provided by Daily Dump keeps the waste light and airy creating plenty of gaps in the compost pile. This along with the holes on the surface of composters, keeps the oxygen flowing which eventually eliminates the need to stir the waste, and stops a stinky odor from forming.

Daily Dump not only aimed to tackle the growing waste, but also provide livelihood opportunities to artisan clusters.

Over the years, the enterprise has trained over 20 potter clusters in India, the UK, and Chile. The potters not only design the composters but also sell them directly through market channels without the help of Daily Dump.

Today, the brand has multiple variations of composters and they operate across 17 Indian cities, USA, and Dubai.